December 14, 2016
Pizza is one of the most popular comfort foods and people just can't seem to get enough of it. There are so many toppings to choose from and everyone has their favorite. A study was conducted by Harris Poll to find out a little bit more about the average American's pizza preferences. They surveyed 2,193 U.S. adults online for five days and asked them what their favorite topping was, what style of crust they preferred, what beverage they like to drink with their pizza and where to find the best pizza (however, I think we know where to find the best pizza at the Lake of the Ozarks). Here is what Li'l Rizzo's has found out about people's pizza preferences. 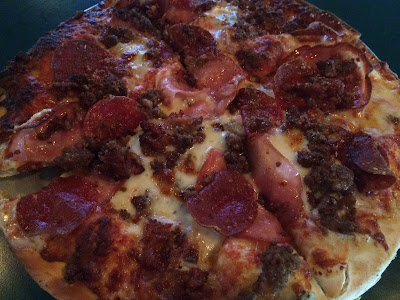 It may be no surprise that pepperoni is America's number one pizza topping followed by sausage. Mushrooms came in at number three and surprisingly cheese/plain pizza came in at number four. Next is onions at number five and olives at number six. Bacon dropped in at number seven and ham/Canadian bacon and pineapple tied at number eight. Finally all peppers, no matter the type, came in at number ten. In addition to pizza toppings, they also asked people what their favorite type of crust is and thin crust came out on top (29%). However, six percent say they have no preference when it comes to crust type, just give them the pizza!

What To Wash It Down With

Along with finding out what American's like to top their pizza with, Harris Poll also found out what Americans like to drink with their pizza. Among those who drink alcohol at least a few times a year, a majority say their like to wash down a slice of pizza with a nice, cold beer (54%). To be more specific, non-craft domestic beer is number one followed closely by craft beer and then finally import beer. Two out of ten (20%) say they're more likely to pick up a glass of wine while enjoying their pizza, while less are likely to turn to flavored malt beverages (9%), liquor or cocktails (9%) or hard cider (8%). However, two in ten (21%) say they prefer to skip the alcohol altogether. 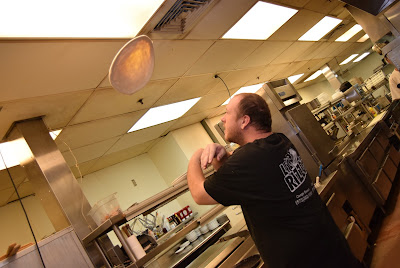 Where To Find The Best!

While New York may have come out on top in the pizza study, the best pizza at the Lake of the Ozarks is found at Li'l Rizzo's! The truth is, you can get pizza and pasta at a lot of places these days. That's why our mission is to become your favorite place to get a delicious pizza pie! Our pizza is thin crust, which just so happens to be people's number one crust choice, with dough made from scratch. Hand-tossed is also available at our Osage Beach location. Only the finest meats, cheeses and freshest vegetables adorn the top of our pizzas.

The Best Pizza at the Lake of the Ozarks

Christmas is just under two weeks away! Give your friends and family the gift of the best pizza at the Lake of the Ozarks. For a limited time, when you buy one gift card, receive a FREE bonus card worth 20 % of the original! The bonus card will be valid from January 1 - October 31, 2017. Stop in either of our locations or order them online at www.LilRizzos.com. Happy Holidays!