December 31, 2016
January 4 is National Spaghetti Day and there is nothing the best Italian restaurant at the Lake of the Ozarks loves more than a delicious bowl of spaghetti. Whether it's topped with meat sauce or with a bunch of delicious, fresh ingredients, there are many ways to enjoy spaghetti. Check out these fun facts about spaghetti to celebrate National Spaghetti Day. 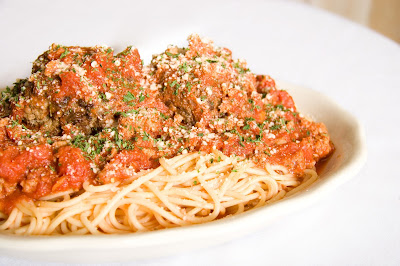 - Thomas Jefferson is credited with introducing pasta to America after he fell in love with a dish he had in Naples.

- The first pasta factory in America opened in 1848 in Brooklyn, NY. The machinery was operated by one horse in the basement and the pasta was sun dried on the roof.

- Al dente means "to the tooth," which is how to test pasta to see if it is properly cooked. The pasta should be a bit firm, offering some resistance to the tooth, but tender. 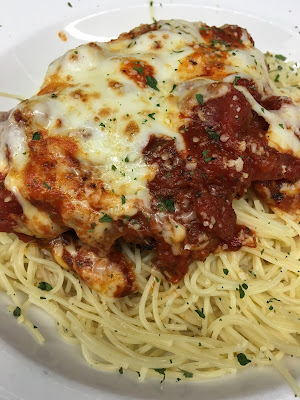 - Pasta comes in many different colors like green pasta made from spinach, red pasta made with tomatoes, gray pasta that is made using squid ink, and there is even pasta called "cellophane" because it becomes transparent when cooked.

- Pasta's carbohydrates increase the body's production of serotonin, which scientists believe is the neurotransmitter that triggers feelings of happiness and well-being. So, eating pasta actually makes you happier!

- On April 1, 1957, the BBC aired a faux documentary that claimed spaghetti grew on trees. Over a million gullible British believed the claim after witnessed a woman harvesting noodles from a spaghetti tree in Switzerland.

- The largest bowl of pasta weighed 13,786 pounds with 120 gallons of sauce and was created by an Italian restaurant in Garden Grove, CA. Buca De Pepo filled a swimming pool full of spaghetti that measured 15 feet in diameters and 3.5 feet high. 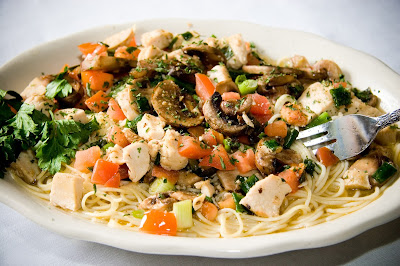 - The longest strand of spaghetti noodle measured 12,388 feet and 5 inches. The noodle was created by a noodle restaurant in Japan on October 20, 2010.

- Emma Martina Luigia Morano is the oldest living person and she is 116. She claims that her old age is a result of her diet which consists of three eggs per day (two raw and one cook), fresh Italian pasta and a dish of raw meat.

The Best Pasta at the Lake of the Ozarks

If you are looking for the best place to celebrate National Spaghetti Day, then you need to visit Li'l Rizzo's. From traditional Spaghetti and Meatballs to delicious Italian dishes like Chicken Parmesan, the best Italian restaurant at the Lake of the Ozarks has it all! We look forward to having you over for dinner soon!