December 21, 2016
Christmas is a very big holiday in Italy and Italians celebrate with lots of unique Christmas traditions. While some off the traditions are the same in the United States, there are several that are unique to their culture. The best Italian restaurant at the Lake of the Ozarks takes a look at how Italians celebrate the Christmas season, so you can join in on some of the fun traditions. 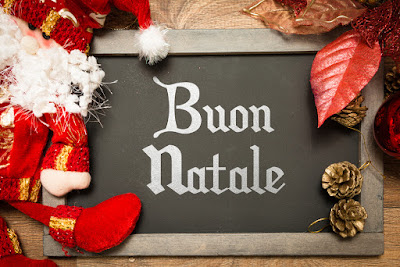 1. The Beginning Of The Christmas Season

While usually, Black Friday is the beginning of the Christmas season in America, in Italy, Christmas officially kicks off with the Day of the Immaculate Conception of Mary on December 8. This is the day when decorations go up, both on the streets and inside homes, and when some Christmas markets begin. This holiday is both religious and state-sanctioned, which means a lot of offices and businesses close on December 8. However, this date doesn't have to do with the day of Mary's conception. Instead, it celebrates the day when the Church decided that Mary was born without having the stain of original sin.

2. The Eight Days Of Christmas

The eight days before Christmas, also known as the Novena, are filled with carolers singing traditional songs around the Italian neighborhoods. In Rome, Southern Italy or Sicily, bagpipe players, also known as zampognari, travel from the nearby mountains to play merry folklore carols.

Along with fancy Christmas lights, wreaths and trees, presepi (nativity scenes) are displayed in many churches and piazzas around Italy. Naples is world famous for their hand-made nativity scenes. In fact, they have streets filled with workshops that are devoted to the craft of making presepi.

4. What Not To Eat On Christmas Eve

Italian avoid meat on la Vigilia (Christmas Eve) to prepare and purify their bodies for Christmas Day. Although the idea was to eat lean, many Italians indulge on multiple courses of fish. However, on Christmas Day, they will enjoy a huge family dinner. After the "light" Christmas Eve dinner, on Christmas Day, Italians invite their family and friends for a large lunch that usually last all day long. Many save up to have a lavish celebration. They will serve up traditional dishes, such as pasta in brodo (pasta in broth), roasts and traditional Italian desserts like panettone.

After Christmas Eve dinner, many Italians head to midnight Mass at their local church to celebrate. Romans may even head to the Vatican for Mass with the Pope. However, Christmas Eve traditions vary from city to city in Italy. In Cortina d'Ampezzo in the Dolomite Mountains located in Northern Italy, thrill-seekers will ski down the slopes with torches at midnight to welcome Christmas. 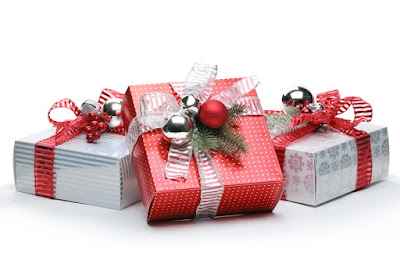 6. When To Give Gifts

In Italy, gifts are commonly exchanged on Christmas Day after lunch. However, in some smaller northern cities, gifts are exchanged on the morning of December 13 with the belief that the blind Saint Lucia bring gifts for children that day. Other Italian families may wait until January 6 when la befana, a "good witch" who is believed to have followed the wise men, but got lost, drops off presents. La befana is a typical tradition in Rome and Bologna, where the main piazzas often host fun activities for children. In Venice, locals believe that la befana arrives every year by boat. Regardless of when Italians open their presents, many keep their wrapped gifts on display on the pyramid-shaped ceppo, along with candles and other decorations.

7. The End Of The Christmas Season

In Italy, the Christmas celebrations often extend into December 26 with the national holiday of Santo Stefano. During this time, families get together and eat leftover Christmas dishes and sweets. However, the official end of the Christmas season isn't until January 6, which is the Day of the Epiphany, and the twelfth day of Christmas. On the day before the Epiphany, families will prepare a large dinner to mark the end of the holiday season. Children are given candy or coal (usually made of black sugar), depending on if they were naughty or nice. After January 6, Christmas markets close and decorations will come down.

The entire Li'l Rizzo's family wants to wish you a very Merry Christmas! Both our locations will be closed on the December 24 & 25 to give our employees time to spend with their families for the Christmas holiday. However, we hope to see you after the holiday to celebrate the end of this wonderful seasons and to enjoy a a delicious Italian meal at the Lake of the Ozarks. Boun Natale!