Interesting Facts About How Beer Was First Crafted

June 30, 2016
It is believed that beer has been around since ancient civilization. It is hard to pinpoint the exact era and society that created this delicious beverage, but we are sure glad they did! At the best Italian restaurant at the Lake of the Ozarks, we have over 20 different kinds of beer. From the tap or the bottle, enjoy your favorite beer at Lil’ Rizzo’s. Many American’s love their beer, so for this Fourth of July, Lake of the Ozarks’ best Italian restaurant is looking into the history of this beloved beverage. 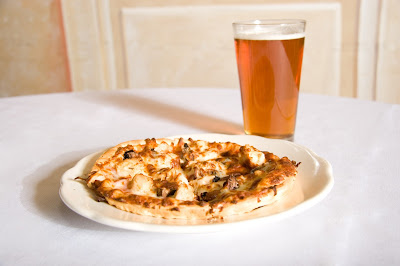 Around 10,000 years ago, society moved from hunters and gatherers to more stable environments and began farming grains. It is unknown exactly when and how the process of beer was discovered, but it is thought that some bread or grain got wet and began to ferment into a pile of mush because of some yeast in the air. Why someone thought to consume this fermenting mush is unexplainable, but because of this brave soul, we now have the process of brewing beer, so thank you!

The first alcoholic drink dates back to Ancient China, it was created with rice, honey and fruit. However, the first barley beverage most likely originated from the middle east. Although people were probably creating beer for a while, the first documented beer recipe dates back about 5,000 years. Vessels from 3400 B.C. coated in sticky beer residue were uncovered by archeologists, and there is a hymn from 1800 B.C. describing a recipe for a beloved ancient brew made by female priestesses.

Egyptian culture continued the brewing traditions and started altering the flavor with the addition of dates, olive oil and mandrakes. Greeks and Romans also brewed beer, but as wine became more readily available, beer became known as the drink of the barbarians. Beer was soon only consumed in the outer areas of the Roman empire, where wine couldn’t be cultivated or imported. 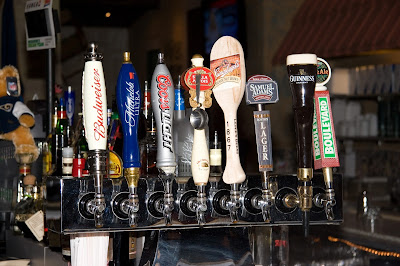 Beer in the Modern Times

It wasn’t until the middle ages when monks and other artisans began brewing beer seasoned with hops, that beer got its taste that we enjoy today. In Germany, beer started being mass produced with a set of standards as early as the 19th century.

The 1800s saw major advancements in the process of mass production beer with the invention of automatic bottling and commercial refrigeration. The rise of the railroad made mass production and distribution possible across huge, sparsely populated areas such as the United States. By 1880, there were around 3,200 breweries in operation in the U.S.

By 1935, prohibition turned over 3,000 breweries into only 160, and people turned to home brewing to get their frosty beverage. During World War II, the food shortage led to the brewing of lighter beer. Women tend to like this lighter beer better, while men still preferred the heavier brews. When the war ended, both remained popular, and the remaining breweries took advantage of this new market.

Beer connoisseurs today undoubtedly have the most choices and highest quality beers. The options and quality are not just for the mass produced beers. As home brewing becomes more popular, people are able to enjoy their own high-quality beer that they created themselves.