November 11, 2015
We proudly support and serve those who support and serve us. Thank you to all the men and women to have sacrificed so much for our country in the past, present and future. As a way of saying thank you, we have some great opportunities available to the veterans in our area, as well as some interesting facts about Veterans Day.

Our very own Bill Borders is a veteran! He was a Naval Flight Officer in a S-3 squadron, and stationed at NAS North Island, CA. He deployed on-board USS Ranger in the Western Pacific, Indian Ocean and North Arabian Sea. He served from 1985 to 1993, and is now settled at the Lake of the Ozarks where he owns Li'l Rizzo's - with two locations. One place is in Osage Beach, MO, and the second place is in Lake Ozark, MO.

Li'l Rizzo's Wants to Serve Those Who Serve Us

We appreciate all the men and women who have served our country in any capacity. We know how much the sacrifice involves, and we want to give back. If you are a veteran or active duty military we invite you to come and dine with us for free from 5:00 PM to 9:00 PM today. Choose from any of our pasta dishes, or small pizza's, and enjoy at no cost. Thank to those who have served our country.

World War I was known at the time as "The Great War", and it officially ended when the Treat of Versailles was signed on June 28, 1919. However, fighting ceased seven months earlier when an armistice, or temporary cessation of hostilities, between the Allied nations and Germany went into effect on the eleventh hour of the eleventh day of the eleventh month. Because of that, November 11, 1918 is generally regarded as the end of "the war to end all wars." 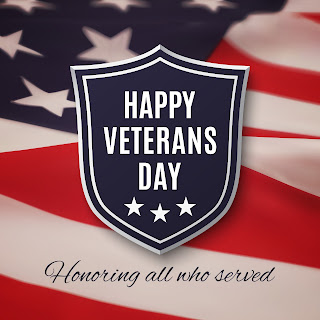 In November 1919, President Wilson proclaimed November 11 as the first commemoration of Armistice Day with the following words: "To us in America, the reflections of Armistice Day will be filled with solemn pride in the heroism of those who died in the country's service and with gratitude for the victory, both because of the thing from which it has freed us and because of the opportunity it has given American to shower her sympathy with peace and justice in the councils of the nations..."

Li'l Rizzo's has been locally owned and operated by the Borders family since 1985. It was founded by Carol Borders, Mike Rizzo, and Ed Alexander. The original Rizzo's was located on Bagnell Dam Boulevard. The original "Big Rizzo's" was the first fine dining Italian restaurant at the Lake of the Ozarks, and we continue to be the best place to find Italian food at the Lake of the Ozarks. Our history here at the Lake is proof that our food is fantastic, and that we love this community. Come in tonight and enjoy some delicious pasta or a small pizza -  on the house for all veterans and active duty military!