November 20, 2015
Nothing says "Thanksgiving" more than sitting around the table with family and enjoying a delicious meal! Li'l Rizzo's knows that the best memories are made when everyone is gathered together laughing, talking and eating. To make your time with you family and friends even more enjoyable, here are a few fun facts about this delicious holiday that you can share while you're all sitting around the table. 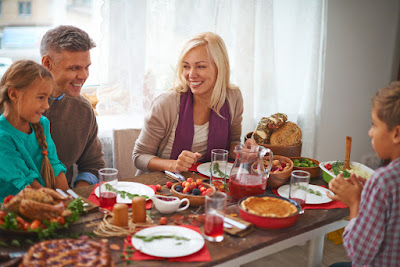 The traditional cornucopia was a curved goat's horn filled to brim with fruits and grains. According to Greek legend, Amalthea (a goat) broke one of her horns and offered it to Greek God Zeus as a sign of reverence. As a sign of gratitude, Zeus later set the goat's image in the sky also known as constellation Capricorn. Cornucopia is the most common symbol of a harvest festival. The Horn shaped container is filled with an abundance of the Earth's harvest. It is also known as the 'horn of plenty’.

It was not until 1941, that congress declared Thanksgiving as a national holiday. It was declared to be the fourth Thursday in November.

Here's one of those funny Thanksgiving facts: Turkeys have heart attacks. When the Air Force was conducting test runs and breaking the sound barrier, fields of turkeys would drop dead.
91% of Americans eat turkey on Thanksgiving Day.

Thomas Jefferson thought the concept of Thanksgiving was "the most ridiculous idea I’ve ever heard." 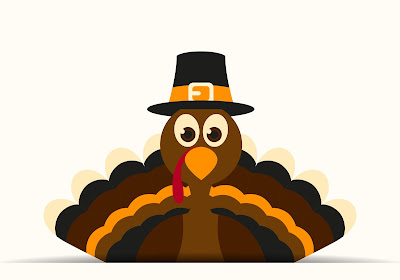 On the West Coast of the US, Dungeness crab is common as an alternate main dish instead of turkey, as crab season starts in early November.

A spooked turkey can run at speeds up to 20 miles per hour. They can also burst into flight approaching speeds between 50-55 mph in a matter of seconds.

Twenty percent of cranberries eaten are eaten on Thanksgiving.

More than 40 million green bean casseroles are served on Thanksgiving.

In October of 1777 all 13 colonies celebrated Thanksgiving for the first time; however it was a one-time affair commemorating a victory over the British at Saratoga.

Fifty percent of Americans put the stuffing inside the Turkey. 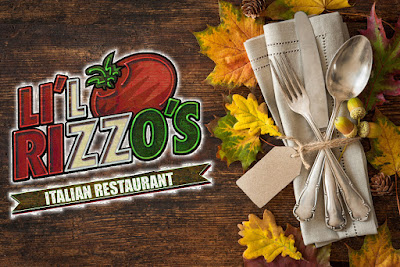 Best Italian Restaurant at the Lake of the Ozarks

A popular trend recently has been a "non-traditional" Thanksgiving feast! Instead of celebrating the day with turkey, gravy and stuffing, you can celebrate with the best Italian at the Lake! Li'l Rizzo's won't be open on Thanksgiving, but we will be serving up the best food at the Lake of the Ozarks all day Wednesday. Give your pots and pans a break, and come enjoy a delicious sit-down meal served to you. You can also take advantage of our carry-out at the Lake of the Ozarks. Give us a call at 573-302-1500 and place an order for some fabulous food that you didn't have to cook.