May 14, 2020
When you hear the name Li'l Rizzo's Italian Restaurant, more than likely pasta is the first food that comes to mind. Well sure, we've got a wonderful variety of mouthwatering pasta dishes on the menu, but we're also experts at cooking up the best pizza at the Lake of the Ozarks! 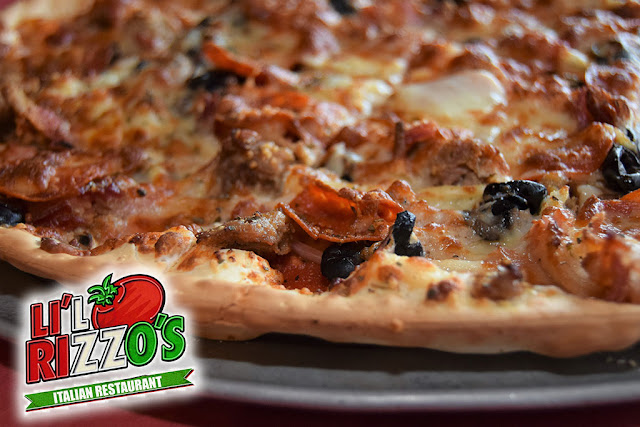 We've come up with our own special ways over the years to create a pizza that people simply can't get enough of. Before we get into the many delicious varieties that each of our Lake of the Ozarks Italian restaurants has to offer, let's first take a quick look at where this wonderful dish started out. 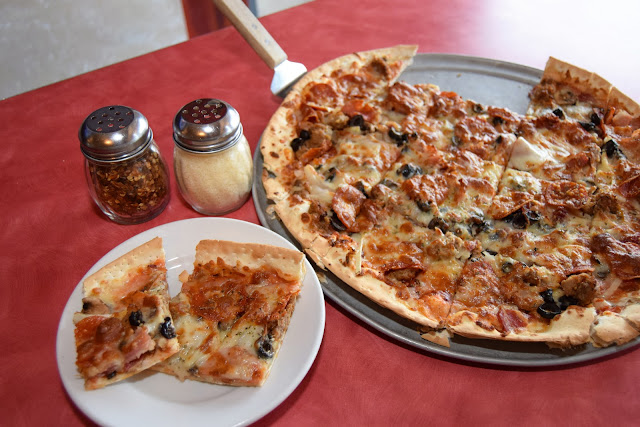 A Short History of Pizza
Pizza has been around for practically forever, as far as we know, in some shape or form. Ancient Romans used focaccia, a flatbread, and then added toppings to that.

The word "pizza" was first documented in A.D. 997 in Gaeta and then began making its way to different parts of Central and Southern Italy. Long before that, other foods bearing a very strong resemblance to what we know as pizza were being created as far back as 10 BC! The innovation that led to today's most popular pizzas was the addition of tomato as a topping after it was introduced to Europe in the 16th century.

As Italian immigrants made their way to the United States in the late 19th century, they brought pizza along with them. It was most popular in cities with large Italian populations, like New York City, Chicago, Philidelphia, and Saint Louis. The first printed reference to pizza being served in the U.S. is a 1904 article. It began showing up in more and more places across the country after that. While before the 1940s pizza was mainly consumed by Italian immigrants and their descendants, by the 1960s it was gaining popularity with everyone and becoming a favorite food of many. 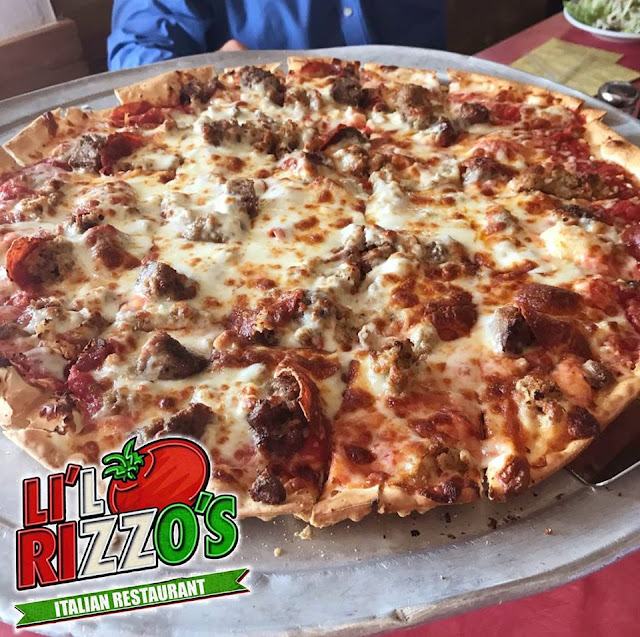 Today's Pizza at Li'l Rizzo's
Here at Li'l Rizzo's, we believe that the heart of any pizza is the dough. We make ours from scratch using unbromated, unbleached flour. (This is due to health concerns surrounding Potassium bromate.) We also use fine sea salt for its intense, clean flavor and EVOO (Extra Virgin Olive Oil) because it creates a smoother texture and a more tender dough.

Once that masterpiece of a crust is created, it's topped with your choice of hand-cut, fresh vegetables, premium meats, and the finest cheeses. As with all of our dishes, using quality ingredients is extremely important to us and we believe you will taste the difference! 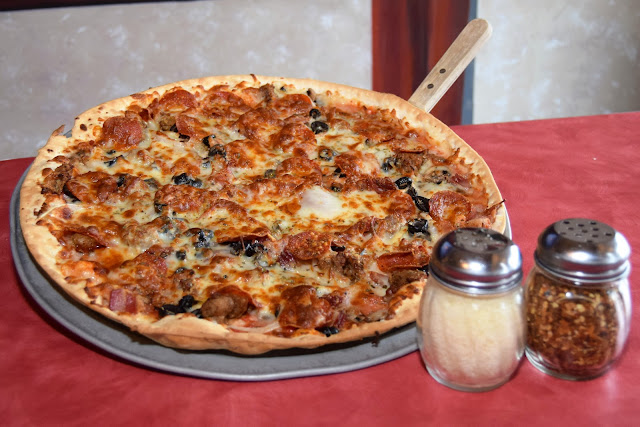 Home of the 16" Large Pizza
Many of our competitors think that 14" is a large pizza... HA! Around here you get 2 extra inches of mouthwatering flavor with every large pizza. If you're not quite that hungry, we do also offer 14" and 10" sizes. There is even a gluten-free option if you order a 10" pizza. You can create your own pizza by mixing and matching sauces and toppings or enjoy one of the specialty pizzas we have put together for you already.

Our Lake Ozark and Osage Beach locations offer slightly different pizza menus. Our made-from-scratch pizza dough is thin crust at both restaurants and the Osage Beach location also offers hand-tossed. (*Disclaimer: Li'l Rizzo's food and beverage items are subject to change at any time and may not be available at both locations.) 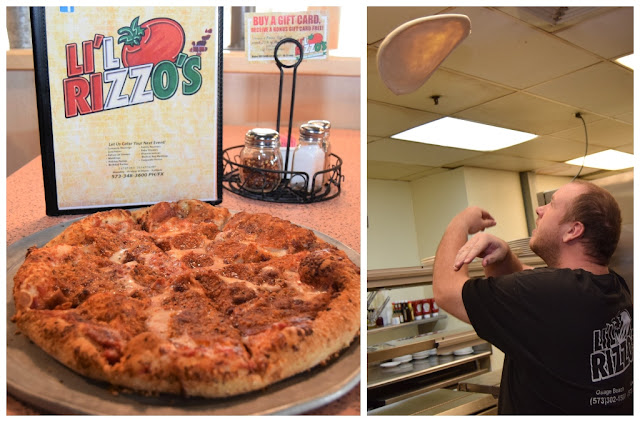 The Meatball
Red Sauce topped with our Homemade Crumbled Meatballs, and Fresh Basil then topped with Mozzarella Cheese and sprinkled with grated Parmesan. 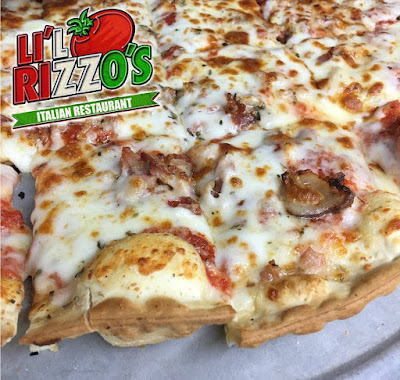 One final specialty pizza that our Lake of the Ozarks family restaurant offers can be found on the kids' menu - Gummy Bear Pizza! It's a 6" cheese pizza served with a side of gummy bears that melt in the most delicious way when you add them as a topping. (Hey, it may sound weird but don't knock it 'til you try it!)

So the next time you're craving a slice of pizza, head on over to Li'l Rizzo's and give our amazing version of this classic food a try. Dine-in or carry out, it's a meal that you'll want to enjoy again and again! (So it's a good thing we have so many different specialty pizzas for you to try each time you visit!)