Come Try the Best Pizza at the Lake of the Ozarks!

August 29, 2019
What's the one go-to breakfast, lunch or dinner choice that everyone can usually agree on? Pizza! Whether you enjoy your pie hand tossed or with a thin crust, we can all agree that pizza is the best for any meal and any occasion. Have you ever wondered where pizza came from? Your favorite Italian restaurant at the Lake of the Ozarks did some research and we have the answers! Here's a little history of one of our favorite menu items. 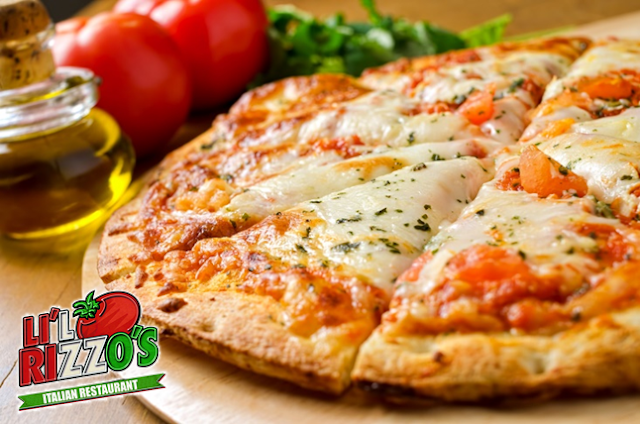 Like many other dishes, the origin of pizza is uncertain. While many people think of pizza as an Italian creation, pizza can be dated back to the Ancient Greeks. They would cook flatbread in mud ovens and top it with oils, herbs, spices and dates. Tomatoes haven't been discovered at that time, and they wouldn't have used them as we do today.

Eventually, this flatbread creation made its way to Italy, where it begins to resemble the pizza that we know today. They were sold on the street and in the markets. However, they were not topped with anything, but rather enjoyed au naturel. Since they were cheap, tasty and filling, they were sold to the poor all over Naples by street vendors. The discovery of the tomato and a visit from a queen contributed to the pizza we know and love today.

Queen Margherita traveled to Italy and she saw many people, especially the peasants, eating a large, flat bread. She became curious of this dish and ordered her guards to bring her one of the pizza breads. The Queen loved the bread and ate it every time she was out in public, which was odd since it was uncommon for a queen to dine on peasant's food. She then decided to hire Chef Raffaele Esposito, who owned his own pizzeria, to work at the royal palace. To honor the Queen who was beloved by the Italian people, the chef decided to make a special pizza just for her. He baked a pizza topped with tomatoes, Mozarella cheese and fresh basil to represent the colors of the Italian flag: red, white and green. His creation was named Pizza Margherita, and is still a popular pizza in Naples and around the world - especially at the best pizza restaurant at the Lake of the Ozarks.

Eventually, pizza made its way to America, England, France and Spain during World War II when American and European soldiers tasted this new dish while in Italy. After the first pizzeria in America opened in New York, it took off! In the sixties, it became a big hit, especially with the invention of frozen pizza. However, at Li'l Rizzo's, we prefer our pizza made with fresh ingredients - you will be able to taste the difference! 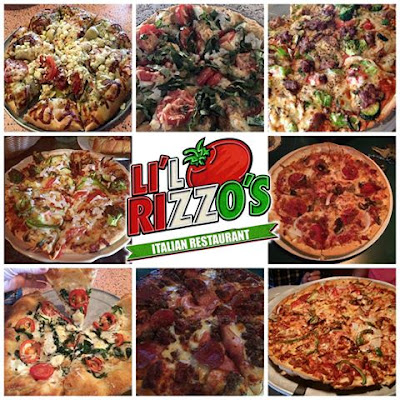 Here are a few of our specialty pizzas you can enjoy.

Grab a Slice at Li'l Rizzo's!

The truth is, you can get pizza and pasta lots of places these days. We know that, that’s why our mission is to become your favorite restaurant! So how do we do that? With Gourmet Pizza, Pasta, World Famous House Salad and legendary service! There is no better place to enjoy your favorite pizza than the best Italian restaurant at the Lake of the Ozarks! Dine in or order to go, and rest assured you'll be providing a hit for dinner by grabbing a slice, or two with your favorite toppings with some of the best pizza at the Lake of the Ozarks!