Ring in the New Year the Italian Way!

December 26, 2018
The year is quickly coming to a close and the team at Li'l Rizzo's is excited for what the new year has to offer. 2018 was a great year and there were a lot of great memories made here at the Lake of the Ozarks. Although this year is ending, a new year is beginning and the best Italian restaurant at the Lake of the Ozarks is looking forward to all that 2019 has to offer. Why not ring in the New Year the Italian way? Check out a few of these traditions from Italy. 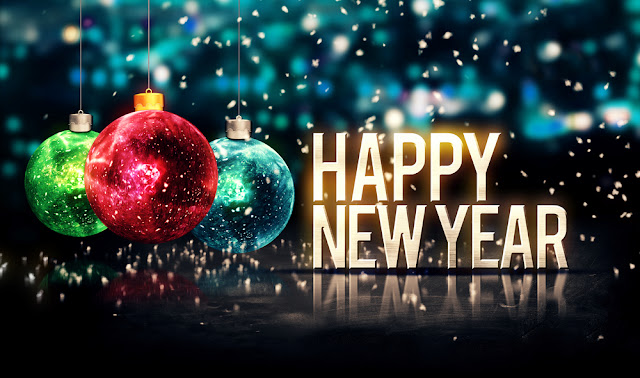 Food for Good Fortune
As with most Italian festivities, food plays an important part in the New Year celebrations. Similar to Christmas, families typically get together for a large meal to ring in the new year. The star of the meal is the lentils, which symbolizes money and good fortune for the coming year. In addition to lentils, in many parts of Italy, they will also serve cotechino, which is a large spiced sausage, or zampone, which is a stuffed pig's trotter. The pork symbolizes the richness of life in the coming year.

Dance the Night Away
In America, it's typical for celebrations to fizzle out shortly after the clock strikes midnight. However, in Italy, it’s typical for celebrations to last until sunrise in order to see the new year arrive. Some smaller towns build a bonfire in the central square where villagers will congregate into the early morning. Dancing is also popular and many towns have public music and dancing. Rome, Milan, Bologna, Palermo and Naples put on huge popular outdoor shows with pop and rock bands. These events can also be seen on television too.

Red Underwear for Luck
It's tradition in Italy to wear red underwear to fend off evil spirits and negativity, as well as bring happiness in the coming year. The color red has been used for centuries to ward off war and other disasters, so if you're strolling the streets of Italy on December 31, you may see red underwear hanging in the streets or shop windows. However, it's traditional that your red capodanno (underwear) be new and a gift from someone else, so no digging out an old pair, and if you buy your own, you're cheating. 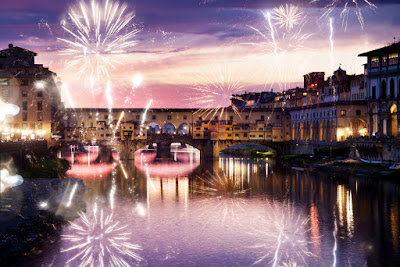 Celebrate with Horns & Fireworks
In Italy, there are huge midnight firework displays to celebrate the coming of the new year. Most towns have public displays in a central square, however, private parties will also include firecrackers or sparklers as well and will last until the early morning. In fact, Naples is known for having one of the best and biggest New Year's firework display in Italy. In the coastal towns and near bodies of water, it's typical for boats to blow their horn to ring in the new year. According to superstitions, evil spirits don't like loud noises, so this is their way to ensure they are all scared off before the start of the new year.

Out with The Old & In with The New
In southern Italy, it is custom to throw your old things out the window, typically pottery, to symbolize your readiness to accept the new year. However, if you don't feel like throwing your items out the window, another acceptable tradition is crashing pots and pans together at your front door to scare away the evil spirits.

BINGO!
During many Italian New Year's Eve parties, everyone will settle around the table for a game of tombola, which is similar to bingo. Tombola was created in the 1700s as an alternative to gambling, which during that time the church didn't approve of. King Charles of Naples made a concession to the Catholics and said he would only ban gambling during the Christmas period. However, Neapolitans found a way to get around this new law by playing tombola at home during the holidays.

Felice Anno Nuovo From Li'l Rizzo's!
2018 may be coming to an end, but a new year is just around the corner. The Lake of theOzarks best Italian restaurant is looking forward to 2019 and everything it has to offer. Li’l Rizzo’s wants to wish you and your family a Felice Anno Nuovo (a Happy New Year)! We look forward to making many new memories and eating the best Italian food at the Lake of the Ozarks in 2019.