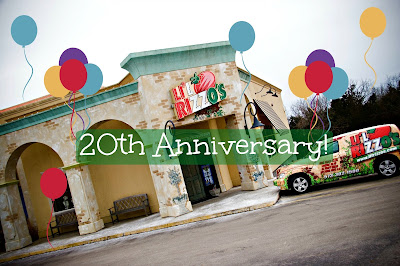 In 1987, a second location was added at the corner of HWY 54 and State Route KK. This new store was a more casual version of the original restaurant and offered pizzas and sandwiches, so it was named Li'l Rizzo's. This located remained open until 1989.

A third location opened in 1990 on State Road HH (Horseshoe Bend Parkway). Once Li'l Rizzo's was up and running, it no longer made sense to continue operating the original Rizzo's as an Italian restaurant, so it was at this point it transformed into Maggie Mae's.

In June of 1997, Li'l Rizzo's in Osage Beach opened. Today, we have two convenient locations: Lake Ozark on Horseshoe Bend Parkway and Osage Beach on Premium Outlet Drive across the street from Dierbergs. 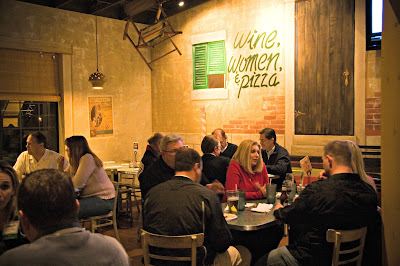 Amazing Italian Food At The Lake

The truth is, you can get pizza and pasta lots of places these days. That’s why our mission is to become your favorite restaurant! So how do we do that? With gourmet pizza, pasta, world famous house salad and legendary service! The atmosphere is unpretentious, fun and “Lake Casual” so please, don’t violate our dress code. And oh, by the way, gourmet refers to our fresh ingredients, secret hand-crafted recipes and the love we put into every dish, not the price…

Our pizza is thin crust with dough made from scratch with hand-tossed available at the Osage Beach location. Only the finest meats, cheeses and freshest vegetables adorn the top.  Since most of the pasta recipes originate from “The Hill” area of St. Louis, you can expect to find many regional favorites like Toasted Ravioli, Baked Mostaccioli, Cannelloni con Bianco and Lasagna as well as several house specialty pastas.  But, if there is one stand-out item on the menu it has to be the House Salad.  Cold, crisp and fresh, a blend of Iceberg and Romaine lettuce, diced red peppers, green onions and Provel cheese tossed in a red wine vinegar based creamy Italian dressing and sprinkled with parmesan cheese. 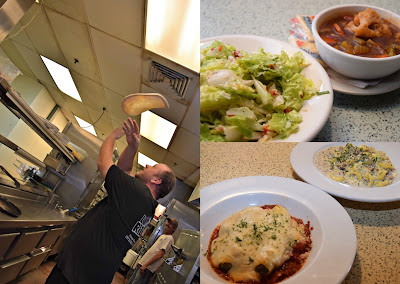 Our Osage Beach location opened in 1997, and this month this location will have been opened for 20 years! Li'l Rizzo's in Osage Beach is located next to the Premium Outlets and across the street from Dierbergs. If you're coming to the Lake of the Ozarks to shop, Li'l Rizzo's is the perfect place to stop for lunch during your shopping spree. This location is larger and features tons of seating. In addition, you'll find several TVs scattered around the restaurant, which makes it the best place to watch the game at the Lake of the Ozarks! Because our Osage Beach location is larger, we're able to feature even more specialty pizzas than out location in Lake Ozark. Some favorites only found at Osage Beach include Southwest BBQ, Alfredo Pizza, Pesto Margherita and St. Louis S.O.B. In addition, you can also have your pizza made with hand tossed dough! 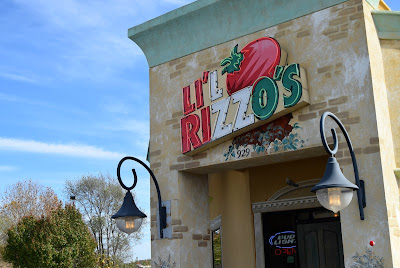 Come celebrate Osage Beach's Li'l Rizzo's 20th anniversary with us on Friday, June 23. We want to thank everyone who has come in and supported us over the years - we couldn't have done without you! We also want to give the Osage Beach staff a huge shout out and thank them for their incredible service. Here's to the next 20 years!