January 27, 2017
Saturday, February 18, Li'l Rizzo's is celebrating Mardi Gras! Grab your masks and beads because the best Italian restaurant at the Lake of the Ozarks is participating in the annual Mardi Gras Pub Crawl. There are 17 stops at this year's event and Li'l Rizzo's couldn't be more excited to be one of them. 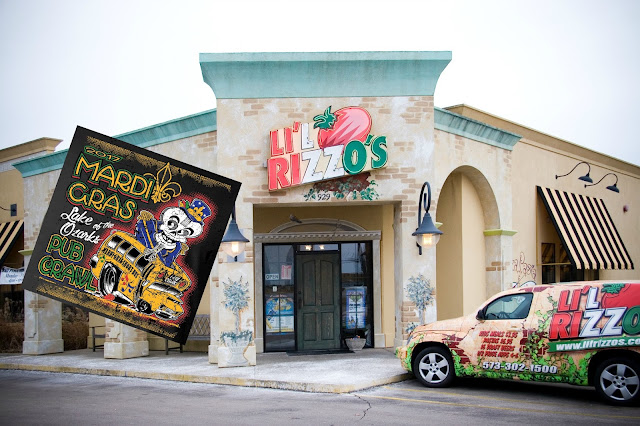 The 2017 Mardi Gras Pub Crawl will bring you a night full of live music, exciting fun, plus, a safe ride to get you to all the great locations, including the best Italian restaurant at the Lake of the Ozarks. For just $10, you get a wristband that provides you an all-access pass to the 17 participating venues and a ride to get you there. There's no need to drink and drive when Mardi Gras Pub Crawl buses will be making a continuous loop between all 17 participating venues and all participating hotels/motels on the pub crawl route.

The i-Berrys Band is a 9-piece major show band that's based at the beautiful Lake of the Ozarks! However, they aren't your normal "live band" because that's not what they do. The i-Berrys will have you "leaving the venue and not fully understanding what you just saw!" If you are wanting the time of your life, then you need to see The i-Berrys because this is a unique fun music experience that combines Irish, Celtic, Pop, Funk, Country, Rock with humor and style! ﻿﻿ 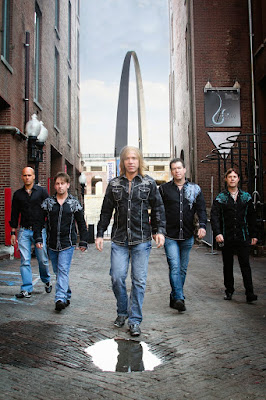 Contagious, the premier rock band out of St Louis, creates a party atmosphere while performing songs identical to the original. It may sound like a cliché, but the music Contagious belts out in front of hundreds of fans, well, really is contagious! Most people can't help but make their way to the stage to dance, sing along or snap pictures of the vivacious group as it covers songs from 80s rock to country to today’s top hits. With a high-energy stage show, well-blended vocal harmonies, awesome solos and a soaring male voice, these 5 guys have talent beyond their years! Contagious is different than most cover bands - they actually sound like the band whose songs they are covering. Contagious vocalist, Steve Scott can shift flawlessly from singing a Journey song to Garth Brooks and then to a Kid Rock number and sound just like them. Contagious guitarist, Rob Fox goes from Van Halen to Aerosmith and plays it “note-for-note”. His solo on the Peter Frampton number “Do You Feel Like I Do” is just amazing!

Do you want to continue the party until the next day? Well, you're in luck because Li'l Rizzo's has Happy Hour all day long on Sunday! Stop by the best Italian restaurant at the Lake of the Ozarks and enjoy half price appetizers and amazing drink special all day following Mardi Gras Pub Crawl.