The Italian History of Amaretto

July 20, 2017
The importation of Amaretto to the United States didn't occur until the 1960s, however, once it came to the States, it quickly became a hit! Whether as a mixer in cocktails or in food preparation, people couldn't get enough of this almond flavored liqueur. While you may be able to guess it came from Italy from the Italian sounding name, Amaretto has a very old and interesting history. 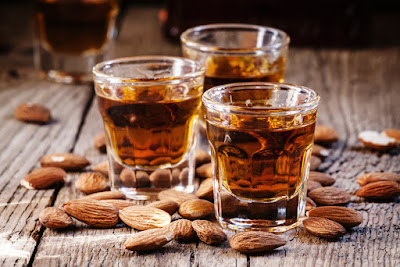 The word Amaretto is actually Italian for "a little bitter." It's a unique liqueur with an almond flavor, however, it doesn't always contain almonds. When Amaretto is made, the standard base of the liqueur is made from either apricot pits or almonds or both. Like many other spirits, it may contain a number of added spices or flavorings. If almonds are not used, the flavor is achieved through apricot kernel oil, burnt sugar and a variety of spices.

Amaretto is the liqueur of love that was first produced in Saronno, Italy. While this liqueur is often associated with the little Italian cookies that are flavored Amaretto, its history goes much, much deeper.

Amaretto dates back to the 16th century. The local Saronno legends suggest that an artist, Bernardino Luini, who is a student of Leonardo Da Vinci, traveled to the town in 1525. He was commissioned to paint frescoes in the church of Santa Maria delle Grazie. He needed a model for his Madonna for the "Adoration of the Magi" fresco. A beautiful, widowed innkeeper became his muse, and some say she became much more to him. She fell madly in love with the artist and to demonstrate her feelings, she gave him a special gift, which was the first ever Amaretto. Her recipe was a blend of brandy, apricot kernels and a secret mix of spices. 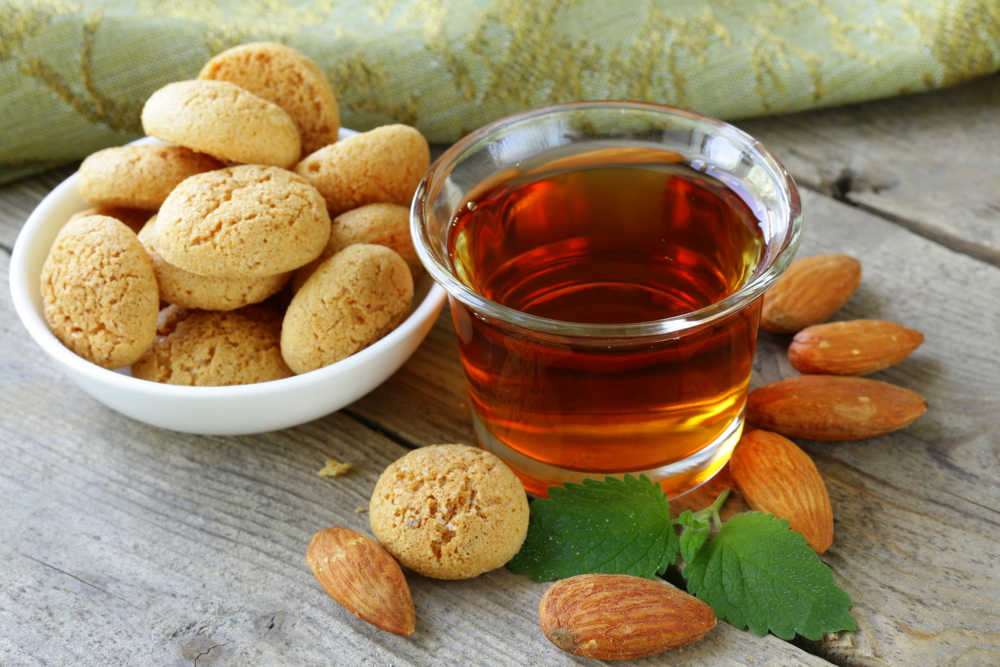 There are two producers of Amaretto who both claim this legend as their own. Lazzaroni, who are known for their amaretti biscotti cookies, and Disaronno.

In 1786, the Lazzaroni family first made their famous cookies for the King, and to this day, they remain the most popular brand of amaretti. In 1851, they created their Amaretto Liqueur, which is an infusion of the cookies with a little caramel for color. Their Amaretto is still produced and bottled in Saronno, Italy, and they claim it's still based on the widow's recipe.

Disarono also claims to be the originators of Amaretto. They have been producing Amaretto since 1900, and claim their recipe comes from the Reina family, who insist theirs came directly from the widow and passed down from generation to generation. It's thanks to a marketing campaign by Disaronno that led to the rise in popularity of Amaretto across Europe and the U.S. during the 1960s. 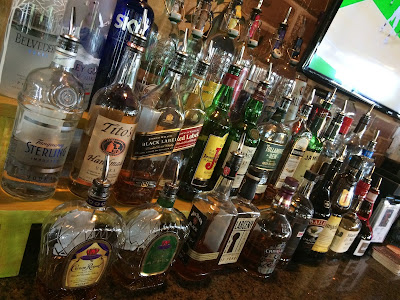 Amaretto is a popular liqueur to use in cocktails, and you are most likely to find it on the menu in an Amaretto Sour, which is Amaretto, lemon juice and an optional egg white. At Li'l Rizzo's there are a few drinks on our specialty menu that feature this delicious Italian liqueur.

Whether you're wanting to try one of our delicious signature cocktails that features Amaretto, or you're wanting to devour in some of the best Italian food at the Lake of the Ozarks, Li'l Rizzo's is the place to be! The best Happy Hour at the Lake of the Ozarks is Monday through Friday from 3:00 - 6:00 PM and features great drink specials and half price appetizers. Every Sunday night at our Lake Ozarks location, you can enjoy live music from Me & Jim!